The goal of this article is to relate a musical concept on one side (the dodecaphonic series) with a instrument constraint on the other side (fingerings “in position” on the guitar). The idea came out when i realized that 6×2 was 12, haha ! More seriously, having 12 notes in the chromatic scale and 6 strings on the guitar helped me formulating the question this way: How many dodecaphonic series can be played on a guitar, in one given position, playing 2 notes per string ?

On the guitar, a position is a group of 5 frets that the left hand can access without moving. A position contains 6×5=30 different places to play a note.

If you want to play 2 different notes on each string, in one position, you then have 106=6 000 000 ways of doing it. So i wrote a algorithm that explores these 6 000 000 fingerings of 2 notes per string in one position and keep only the ones that are dodecaphonic series. (It’s much faster than exploring all the dodecaphonic series and checking if you can play them on the guitar in one position with 2 notes per string, as 6 000 000 is a smaller number than 479 001 600). The result is “only” 2016 possible series. I say “only”, cause 2016 is 237600 times smaller than the number of all possible dodecaphonic series. From these 2016 series, 132 of them can be played without playing any note on 1st fret. Therefore, these 132 fingerings are transpositions of fingerings from other positions and can be taken off the 2016 series, which reduce the number to 1884 dodecaphonic series playable on a guitar in one given position, playing 2 notes per string. Here are the first ones in the list: 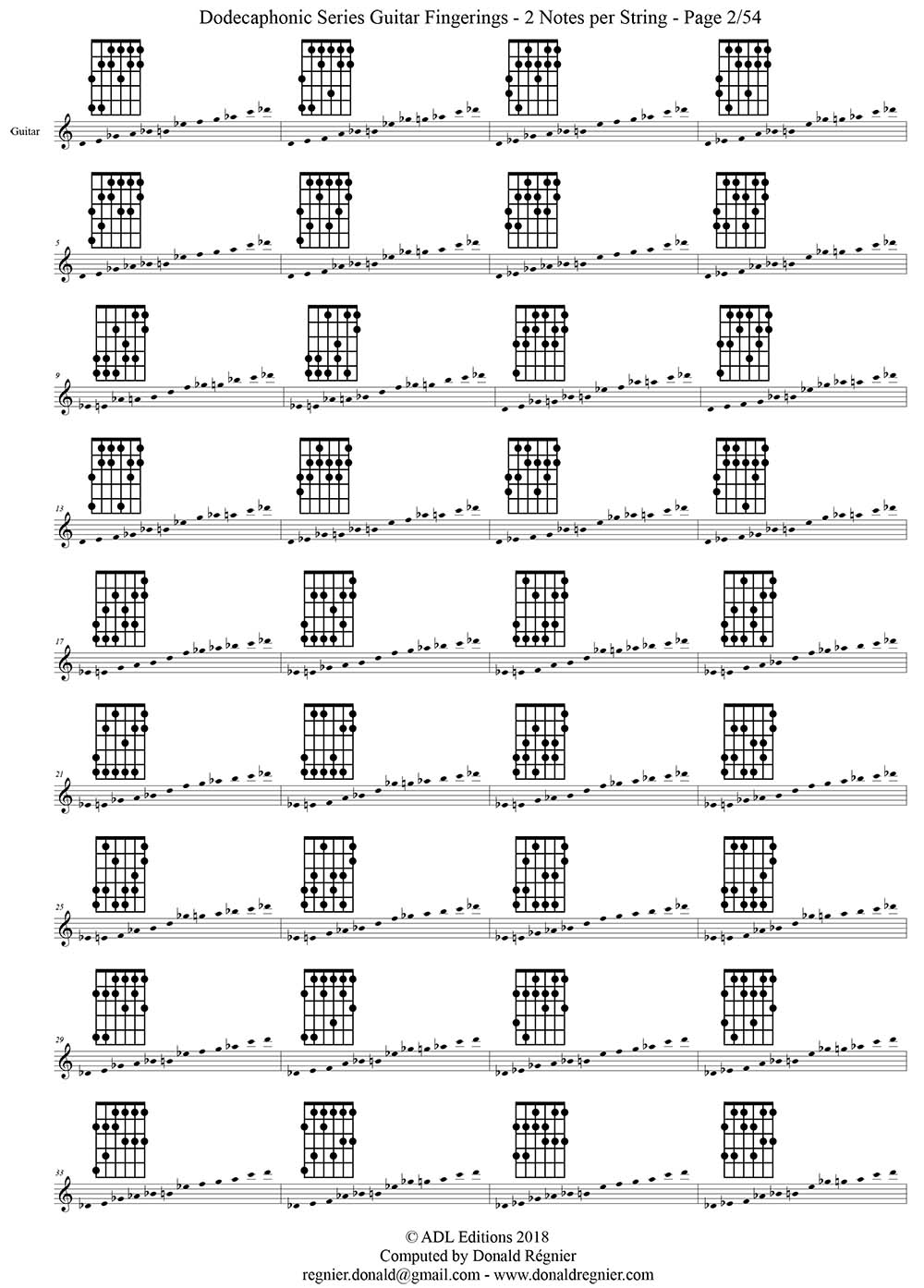 Playing a musical line on the guitar in position with 2 notes per string is something that is quite easy, or at least always doable and very logical for both left and right hands. It’s also easier for the brain to memorize. I put the 1884 series in a pdf file, including diagrams and solfege in the 8th position. Please feel free to download and share it ! Have fun !